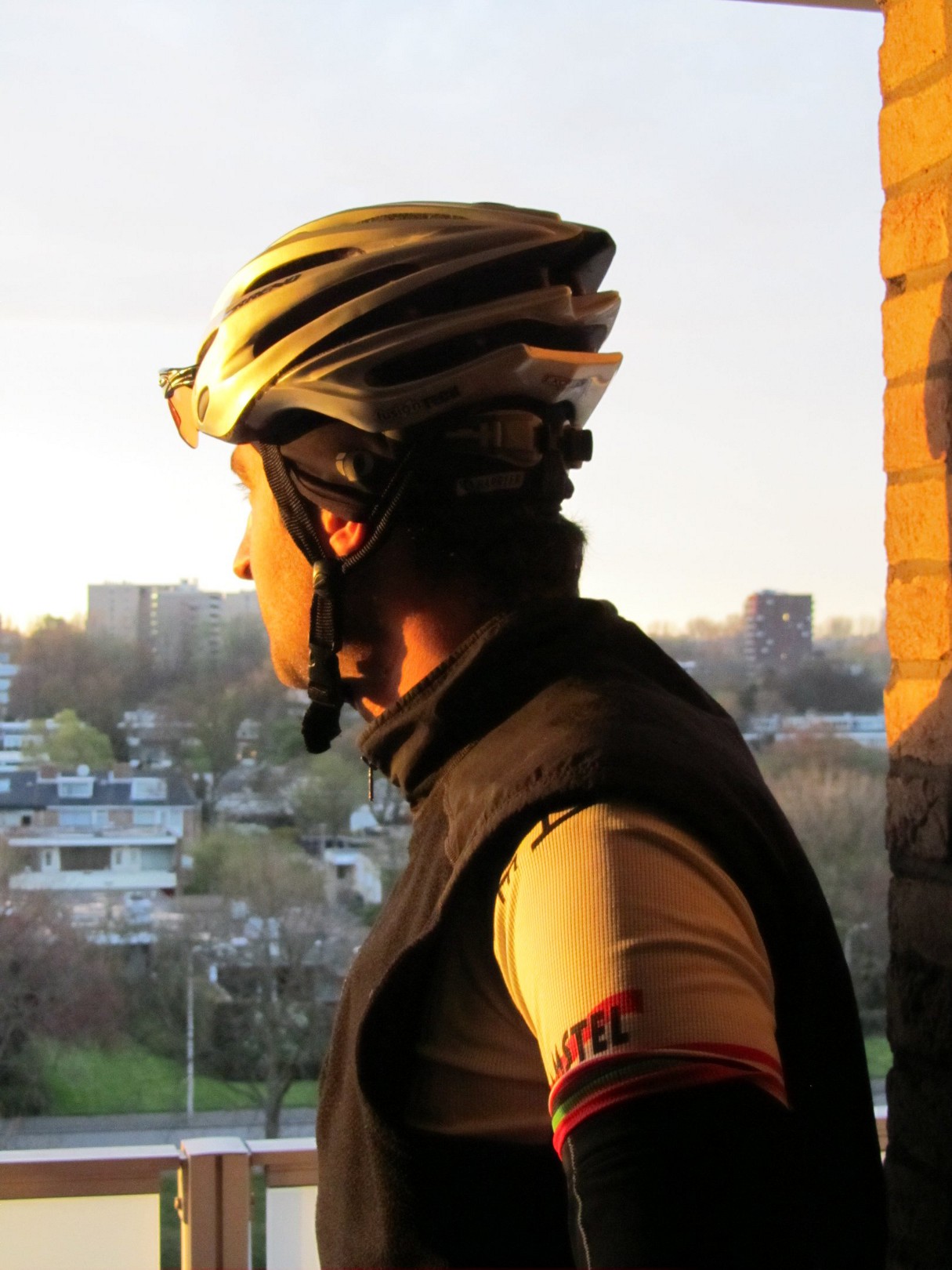 My Story So Far

Ever since my initial steps as an athlete, competitive sports has provided the needed break and balance from the rigors and stress of daily life. Slowly but surely sports became something more than a hobby. I traveled and visited places and met people I would have never seen otherwise. From swimming, through basketball, culminating at 6 year national level rowing “career” I decided to give a long time interest of mine – cycling – a serious try. In my first season, as an amateur I managed to finish at the top half at the Bulgarian National Time Trial Championships, placing behind PRO cyclists who went on to represent Bulgaria at the 2012 London Olympics.

Square Pegs and Round Holes

In April 2015, I moved to France for reasons personal and professional, I joined a local team – Team Peltrax-CSD and got a 2nd category license, raced a LOT, crashed once – badly, most importantly I DNFed – a good number of times. In my only 4th season of cycling, as a newcomer to the sport, now  in the land of the Tour de France, where kids start racing bikes shortly after they learn to walk, I was convinced that I was a square peg trying to fit into a round hole so I had lots of rough edges to smooth.

Not a newcomer to endurance sports, I was figuring things out as I went and I was doing it all ‘by the books’ quite literally and the good ones at it…supposedly. I kept a ridiculously detailed diary, I slept enough, I kept my feet up, I took recovery days and weeks, I ate my pasta and my powermeter was my god. I did my base training, I built up to a peak. I sucked at climbing, I practiced in the mountains. I was still not better so I dropped further 4-5kg (8-10lbs)down to 83kg (185lbs) for my 2m (6’7″) frame.  I sucked at fast accelerations, I practiced sprinting and riding ‘on the rivet.’  In the last 2 years though one trend became obvious, I was not even close to that day where I laid it all on the road and while I kept contributing that to the whole ‘square peg, round hole’ phenomenon aka lack of experience, even my ability to make the clock tick slower for me and not for others (TTing) started to slow down. So quite honestly I asked myself

…Is it that I am doing it all as I am supposed to and not just getting nowhere, but regressing?? Again I kept going back to me being ‘not your average cyclist,’ however, I looked further and discovered that most of the stuff out there is literally a combination of repetition of old-wives tales that have ‘always been done that way,”  marketing speak and quite frankly just pure quackery. The same questions kept being asked by different people day after day, with answers more or less always revolving around the aforementioned antiquated information dressed in more modern gadgets and ‘newly discovered training methods.’ In particular my most popular post of which I did a lot of research and really dug down to the fundamentals before posting, was focused exactly on one of the many ‘myths in cycling,’ – weight lifting. Therefore I am certainly not alone in wanting to know the why? rather than just regurgitating the what?.

At first the realisation that I had been doing it all wrong made me angry, no I was quite furious that in the 23 years of sports I have practiced I have been a victim to the ‘no pain, no gain’ syndrome and if I am not progressing it is MY fault that I am not training hard enough (or buying the latest sugar water/gadget/etc.). I realised that my fault lay in the fact that I was not questioning what I was being told even with the good intentions masqueraded behind simply not knowing, however, my responsibility was and always will be in my own hands. As I dug deeper I discovered that quite frankly 90% of the information out there focuses entirely on WHAT needs to be done without knowing WHY? Without knowing the fundamentals and constantly challenging what we already know, there can’t be progress. This needs to change.

As soon as I realised I have to be hungry and always keep asking why, a whole realm of new information opened in front of me. As they say three is the charm and just as this website was about to turn three years old I feel like my journey is still beginning and while on the way I will always remember one thing.

First principles, Clarice. Simplicity. Read Marcus Aurelius. Of each particular thing ask: what is it in itself? What is its nature?

-Hannibal Lecter, Silence of the Lambs

My Training Philosophy – the 90%

I believe in consistency and persistence.

Throughout the years, miles and hours, I have crystallized what in terms of training works for me. In numbers I call it the “90% Philosophy,” in words I refer to it as the opposite of “perfectionism.”

Why 90%? In our competitive nature and desire we always strive for the best. Sooner rather than later our aspirations start to border perfectionism and as we ponder the small details, we miss the big picture; we focus on the last 10%, rather than the fundamentals. Although I do agree that “devil is in the details,” it only matters where there is something that can have details added to it. Buttons don’t make a coat, rather only supplement it. As gains become smaller and smaller the 90% philosophy becomes even more important.

In addition I am a firm believer in muscle memory and habits. Being successful in any aspect requires constant action and training. We are not born better, we become better. It requires daily effort and changing of habits in order to permanently eliminate distractions and limiters, both of which take you away from your goal

Improving is just getting used to what was once difficult or seemingly impossible.

In parallel muscle memory is another important, very often overlooked aspect of sports. Constantly changing this or that, as encountered in the search for perfection, leaves your body always wandering and “stressed” of what is to come. This uncertainty costs you energy that is better utilized in training. Improving is just getting used to what was once difficult or seemingly impossible.

I have number of friends and former teammates who have gone to forums such as World Championships and Olympic Games. They all had one thing in common, they did MOST, not all, of what they had to. They just went out and did it, day after day. They certainly didn’t have the perfect form, technique, etc, they had habits and 90% of what was required. A conscious choice or smart coaching, they had focused on the big picture rather than the details.

One reply on “About”